We Stand Side By Side

All pictures in this article are of a mural painted by RASAN, a women’s and LGBTQ+ rights group based in Sulaimani. Within days after it was finished the images were all defaced
with black paint.

Iraq, including Iraqi Kurdistan is a violent and hostile environment for the LGBTQ+ community. This oppressive reality is documented by IraQueer in its 2017 report “Fighting for the right to live: the state of LGBTQ  human rights in Iraq,” IraQueer, a registered human rights organization focusing on the LGBTQ+ community in Iraq/Kurdistan region, estimated that over 220 members of the community were killed in 2017.

People who identify as LGBTQ+ face violence and discrimination in their daily lives by their society, family, and coworkers. “We are the most visible people in the room but in our society we are the most invisible unless someone wants to hurt us,” a young gay man from Sulaimani told CPTers. 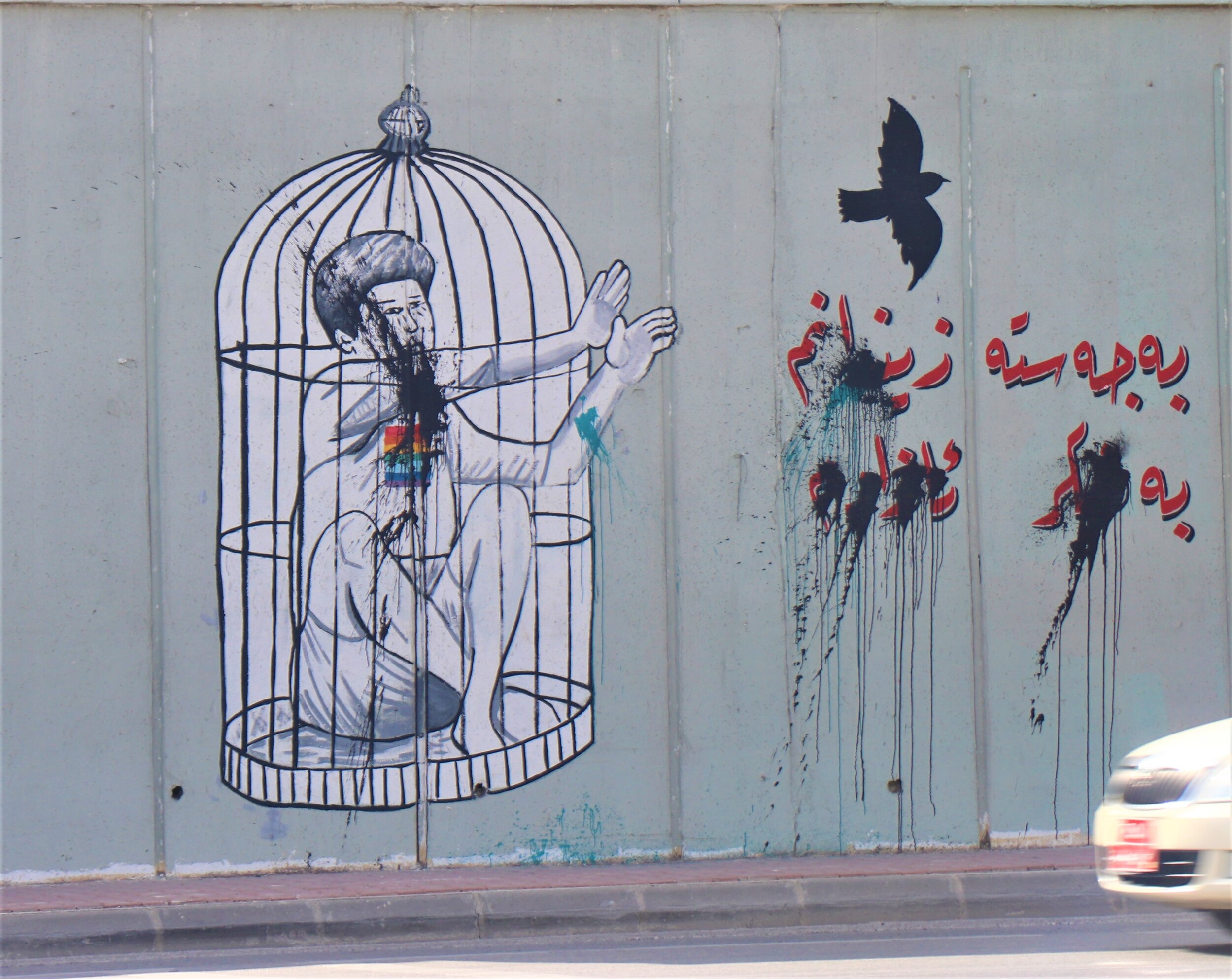 However, the LGBTQ+ community in Iraqi Kurdistan gains strength and hope through connecting with each other. “If any of us has a problem we stand side by side,” said Sara, speaking of her LGBTQ+ friends.

The LGBTQ+ community in Iraqi Kurdistan faces harsh oppression from the society. People from their intimate circle often are the ones who treat them the most harshly. “At one point in my life I was threatened to be buried alive by some relatives. This caused a trauma for me. I felt unsafe in my own house,” Ahmed told CPT. He is from a small town in Iraqi Kurdistan. Ahmed found healing from what had happened to him by learning about his own community. “The way I patched this wound was by educating myself about what all of this is about and being part of the LGBTQ+ community. Whatever those people think of me or do to me, if I understand and love myself I gain confidence in who I am. For me, educating myself about being part of this community equals healing. Before educating myself, I thought that who I am was wrong.”

“When I started using dating apps,” said Renas, a gay member of the LGBTQ+ community “I would see everyone on them. Leaders, doctors, university professors, teachers. Seeing them living their lives gives me motivation to accept myself.” Renas used those apps to connect with other Muslim members of the LGBTQ+ community. “There are many religious people in our community: Muslims, Yazidis, Christians,” he said.

Formal education is another way some have used to fight the oppression. “Living in Iraqi Kurdistan is like a tunnel with a light at the end of it,” Sara said. “We as the LGBTQ+ community are just at the beginning of this tunnel. If we get education we can at least get to the middle of it. So when you think of ending your education, the tunnel closes, the light is gone.” Sara said that one of her main messages to other members of the LGBTQ+ community in Iraqi Kurdistan is to finish their education.

LGBTQ+ community members work passionately together and also individually to bring awareness to the issues they face. “I am acting on an individual level to help others. I talk in reports. I want people from my community to feel they are not alone,” said Ahmed.  He added, “We resist the oppression by being there for each other. We have gatherings where we can express ourselves freely. There is no judgment between us. We also support other people to understand our position. We try to educate people. People here are not educated about LGBTQ+ issues. This is the best thing we can do for now.”

“We resist the oppression by being there for each other”

Ahmed also mentioned Rasan, a local organisation that focuses on raising awareness about the LGBTQ+ community in Iraqi Kurdistan.

“We as the LGBTQ+ community stand up for each other. We try to make any LGBTQ+ person feel like they belong. We try to encourage other members of our society to get educated and be brave enough to accept themselves,” said Rami, a gay man from one of the biggest cities in Iraqi Kurdistan. “In my daily life my closest friends are also from the LGBTQ+ community. I get my support from them and I try my best to support them. We often share with each other how we need to be assisted in this community. I feel safe, comfortable and taken care of while I am with them. We try to build a community based on trust, honesty, and caring. That's how me and other members of the LGBTQ+ community support each other in Iraqi Kurdistan.” 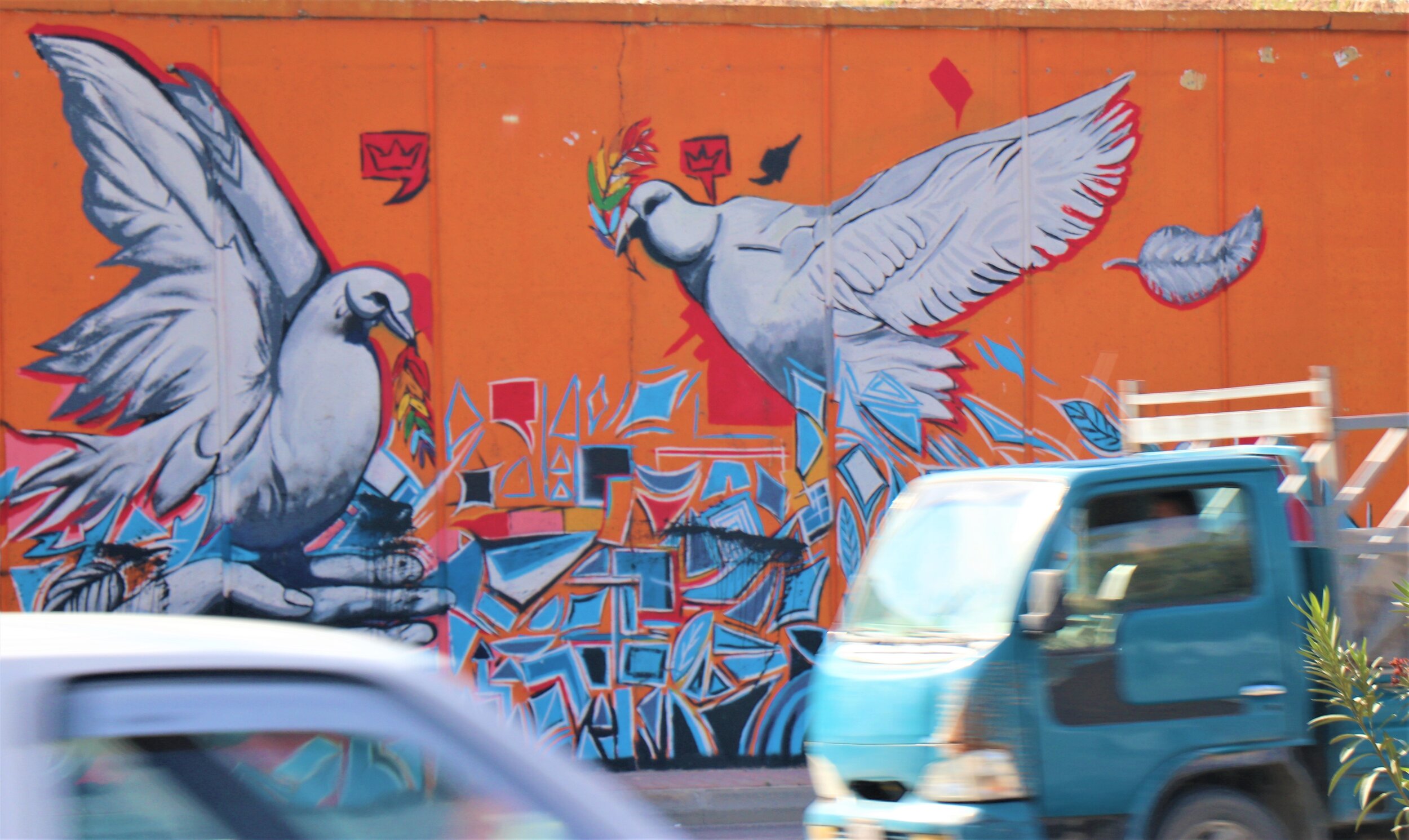 Rami also shared a personal story. “Recently a sister of a friend of mine checked her brother’s phone and found a photo of me wearing something that pointed to me being gay. I was wearing it because I am a gay man and I am proud of this. The sister shared a photo with other family members of my friend. They were shocked and disgusted that I was wearing something like this. They asked my friend, ‘How can you hang out with him?’ My friend stood up for me to his family. I didn’t focus on what the family said about me or what they think of me because I don’t care about people's judgments. I focused on what my friend said to them and that he stood up to them for me and the LGBTQ+ community.”

Despite being oppressed in their daily lives, the LGBTQ+ youth who spoke to CPT said that they are proud to be part of this community. “I feel proud to be a part of a group that is active and fights this oppression,” Renas told CPT. “LGBTQ+ people who are in the region hear me and say, ‘You are not alone. There are so many people like you where you live.’ I am a voice of thousands of people in Kurdistan, in mosques, churches, universities, organisations and you are not alone.”

Although the reality of being LGBTQ+ in Iraqi Kurdistan is harsh and often dangerous, the LGBTQ+ community stands together and is not giving up hope for a brighter future.

Sara finished by asking  “What would happen if we all accepted each other and had equal rights? This is going to change the country. If you don’t accept each other, that’s how you damage your country. I feel like the LGBTQ+ community will win sooner or later.”

* All names and some locations were changed to protect the anonymity of the youth interviewed by CPT.